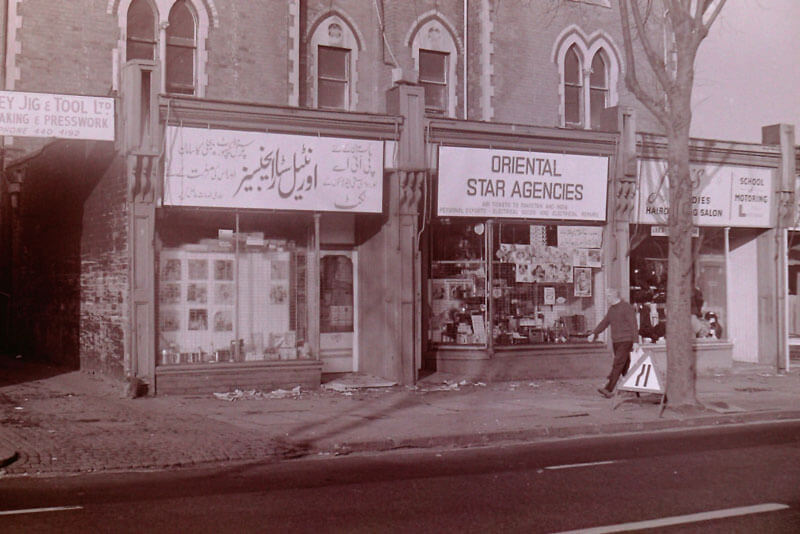 In 1970, Mohammed Ayub (‘Mr Ayub’) founded Oriental Star Agencies (OSA) in Balsall Heath. OSA went onto become a leading influence on the Asian music scene, importing, promoting and producing music from the Indian subcontinent as well as nurturing talent among the young Asian diaspora. It remained at its Balsall Heath site until 2017. The company website stated:

We are one of the leading record companies in United Kingdom. We have been in the Pakistani and Indian music business since 1970 and are honoured to have introduced many major artists like Ustad Nusrat Fateh Ali Khan, Malkit Singh and Bally Sagoo.

We are very proud of our association with Ustad Nusrat Fateh Ali Khan, which started from the beginning of his career to his untimely and tragic death. There are over 100 recordings of Khan Sahib available on our label.

We are very honoured that two of the three Asian artists featured in Sunday Times list of “Greatest 100 musicians of all time,” Ustad Nusrat Fateh Ali Khan and Bally Sagoo, are on our label…

Mr Ayub’s life was characteristic of many Asians who moved to Britain, involving experiences and memories of ancestral lands, as well as challenges in Britain:

I remember the days when we used to go to school [in Pakistan], it was Mission High School, Church of Scotland. It was next door to my house and we had students who were Sikh, Hindu and Muslim. And I remember the names of some of the students [e.g. Mohinder Singh]. I used to live next door to a Hindu temple. I remember the bells ringing every morning, worshipping. I saw them from my rooftop.

While I was the eldest son in an extended family, 11 brothers and sisters. My parents had five girls. I was the first boy and then there were five other brothers. Eleven all together.

My father was in the British Army. He retired in 1944. He was hit by a bullet in his hand [and] head, and his eye sight went. He got glaucoma. He was sent home as a pensioner. To bring up a family of eleven, it was very, very difficult for a pensioner in Pakistan. We started schooling at an early age. I started at four.

Mr Ayub arrived in Britain at the age of 22:

A friend of mine, who was living in Birmingham, invited me to come to England, to study here and work part time. I didn’t know what was going to happen but that was the idea of coming to this country. That friend of mine, his father was in Karachi, in passport office. In that time, to get a passport was very difficult. There was one passport office in Lahore, one in Rawalpindi and one in Karachi. To get a passport, it was a very difficult job. His father was there so asked me to fill the forms in and send to his father. He sent me some forms. I filled it in, sent it to Karachi. They said, “Your passport is ready if you want to go.” There was no visa to come to England at that time. Everybody could come, whoever had a passport. So, I went to Karachi and booked my seat. All of a sudden, there were cases of smallpox in England. So, I had to wait for one month or so, deciding whether to go or not. Ultimately, I made up my mind and came here […] that [was] 7th December 1961. I was 22 years old at that time.

Our flight landed at Heathrow, London. I had a flight to Birmingham airport. But when we arrived we were told that our flight was cancelled.

Once in Birmingham, Mr Ayub struggled to find work:

I went around various factories and places to get a job. But they all had no vacancies. And I had a book, full of hundreds of jobs. I was used to writing applications in Pakistan, applying for different jobs. So, I sent hundreds of letters for employment. I never got a response. I was amazed. Because my degree was not suitable for any technical job. I couldn’t teach because I didn’t have a professional qualification to be a teacher.

The only thing that kept us going was the Indian films in Birmingham. At that time there were many shows going on in various cinemas. In Pakistan, we never used to see Indian films because of restrictions after some troubles with India [so] we were keen to see Indian films. There was a film, ‘Dil Apna Aur Preet Parai’, showing at Regal Cinema, ten miles away, near Wolverhampton. There were a few of us. There was a student, he was very keen. And two or three others, who were interested in watching these films. And they were all unemployed, looking for jobs. We used to go every day to the labour exchange. I registered there, and I used to get £2.50 at that time, weekly allowance. That was enough for our maintenance at that time.

We went to the Regal, and for that we had to change three buses. And we were so keen, so enthusiastic. Brilliant film, and the songs were absolutely brilliant. Raaj Kumar, and Meena Kumari, who were acting in that film […] The songs were Beautiful. ‘Ajeeb Dastan’. Then I was working on BBC Radio. They made a documentary about Asian cinemas in Birmingham. And I played a song from that film. I loved that song. We used to go to the cinema every weekend. 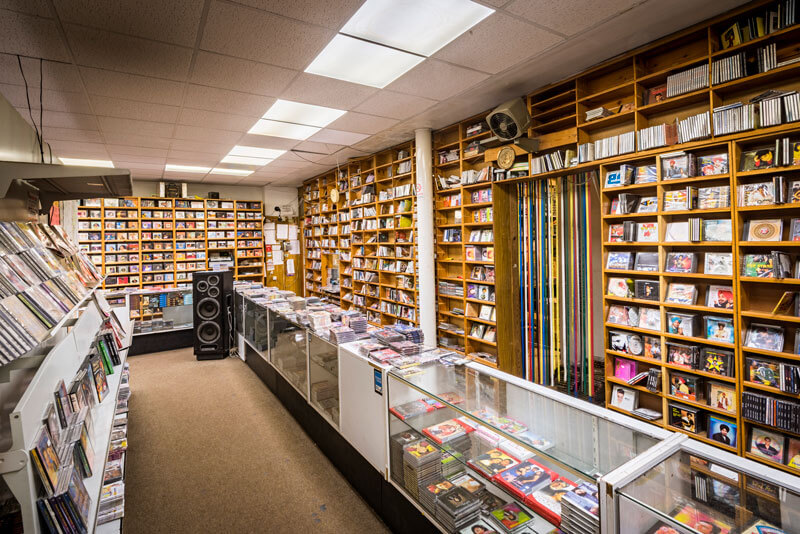 Life in Britain was not easy:

I used to write letters back home with tears in my eyes, “Why did I come here?” I had a cosy life back home, teaching at a college. [It was cold, that winter and I was regretting] my decision to come here, end of 1961, early 62. The only thing that kept me here was the support of my friends. And also, when I came here, my brother-in-law who got me the apprenticeship in PIA, he used to come to England for training purposes and going to America as well. So, he knew what happens here. And he told me, “It’s not that rosy, that life is very difficult there.” So, when I remembered those words, I said “I can’t go back now.”

[We] didn’t have any means of entertainment, except to go these matinee shows. There were cinemas in our vicinity, Balsall Heath, where I bought the shop. One was 143 Balsall Heath Road. [At the other], 175 Balsall Heath Road, there was the Luxor Cinema. Then there was the cinema in Gooch Street, Triangle Cinema. They used to show Pakistani films. When they finished their matinee shows – we used to open seven days a week – they used to come after the cinema, asking for the music from those films. It wasn’t available [at that time]. Couldn’t do anything. But ultimately, I realised there is a need for this, to promote our music and promote our culture.

So, I approached EMI, who are the owners of HMV in India and EMI in Pakistan, to import some records from India and Pakistan. At that time, there was only available 78 rpm records, from Oxford Street, there was shop. So, when I asked them, they agreed. I remember the manager from Holland, Mr Van Hengel, he was in charge at EMI. We imported records from Calcutta. They were only extended play records, only four songs. Two on each side. They came after eight to ten weeks, by ship, through the Suez Canal. As it landed here, it went like hotcakes. I was amazed that people brought them straight away.