Gosta Mondays is a club night popular amongst Birmingham’s Asian students. Going since 2010, it has built a reputation and a tradition within the student community.

Gosta Mondays represents and reflects captures where some Asian youth are today. Students enjoyed the sounds and the vibe. As one student explained, the music reflected his streaming playlist, a varied mix including Hip-Hop, Grime and Indian Music, especially Bhangra and Bollywood. It’s an evening very much geared to those Asian (especially Punjabi and Guajarati) students into going out and partying. At the start of the evening, people begin to fill the room, by midnight they are on the floor, arms in the air, getting into the night.

Gosta Mondays popularity is helped by its location, being within walking distance of student residences, affordable drinks, where students catch up, gossip as well as party. 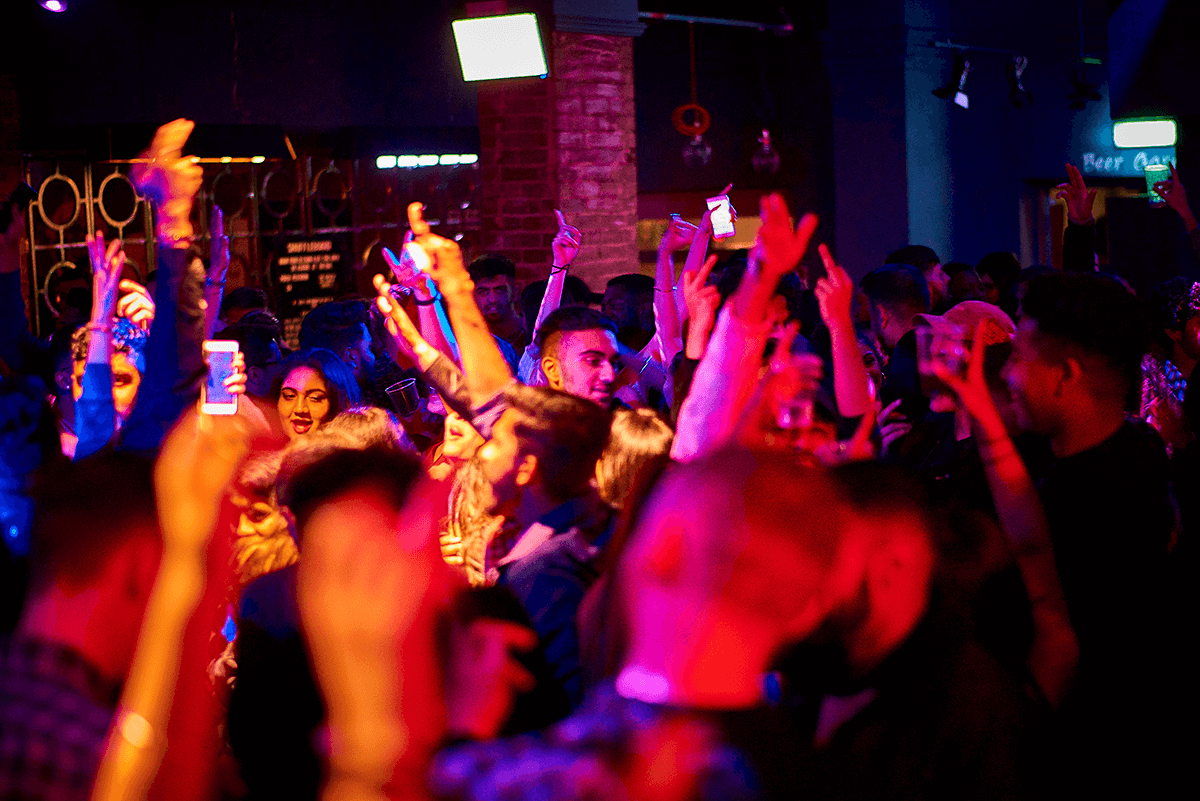 It’s place many described as being friendly, a place where they could be themselves. Resident DJs Ams and Aza have built up a regular following, being approachable, well respected and providing what Asian students want. As one explained, “the music is right up the street. Mondays are ALWAYS busy!”

We talked to some students at Gosta Mondays about Asian culture, their lives as students and what music means to them.

What does Asian Culture mean to you?

I love being Asian in this day and age, because finally, I feel like the Asian people have been put there on the market for everyone to see. I see us pop up in a US American TV show, every now and then, I think wow, they’re Asian. Something I can relate to finally. As much as I like Black people and white people, you know it’s nice to see someone of the Asian community heritage, to be on a TV show.
Babagar

Err, not too sure. Just being kind of being unique from your friendship group, being different culture backgrounds, trying to explain yourselves to other individuals but then not being able to. Err, that’s about it, you know being able to speak another language.
Anger 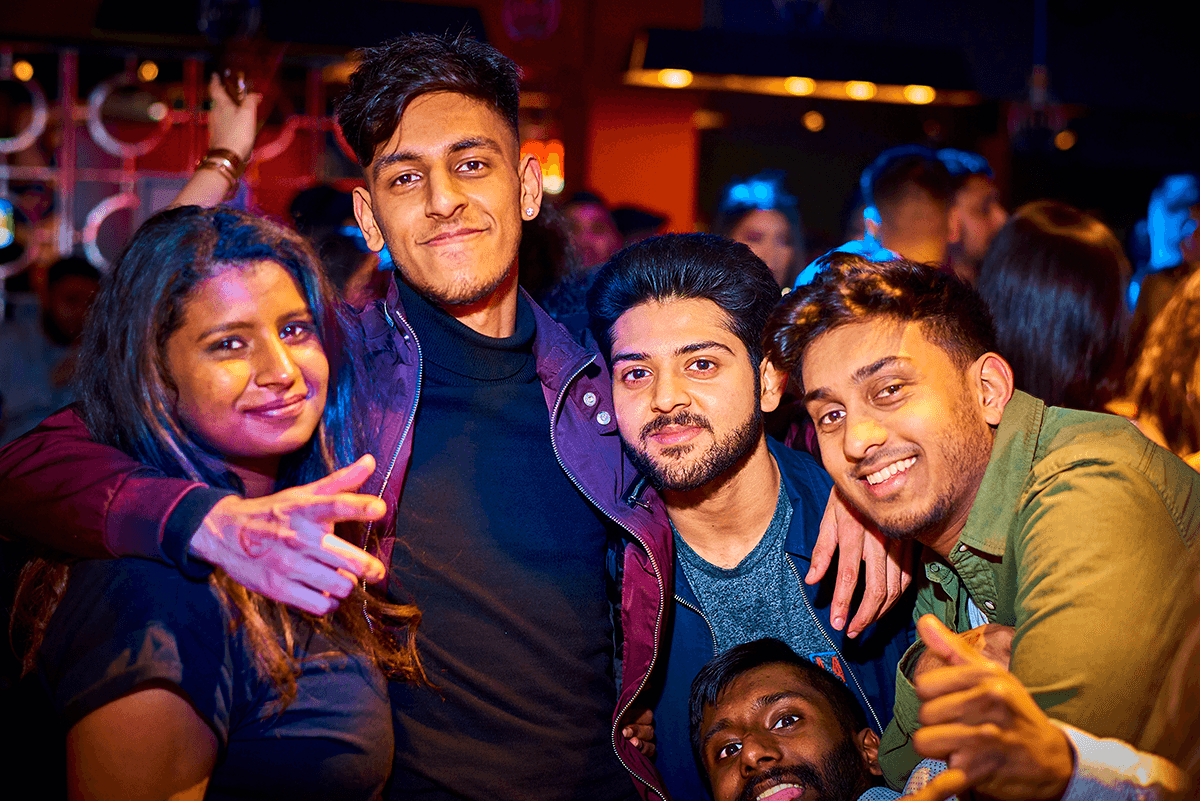 When are you reminded of your Asian-ness?

I think it’s come out a lot at University. You meet people that are similar to you, from similar areas across the world, that has brought it out a lot. And when I’m around family too.
Katy

Being in London, I was surrounded by not as many Asians. But being in Birmingham, I’m surrounded by more Asians. I feel a bit more comfortable, I feel I can bring that out, what I bring from home out into the outside world. By doing that, I’ve made more friends, by bringing out what I take from home into the public. From there, I speak like Indian, my language Gujarati, to my peers, no matter who they are.
Mishi

For me, it’s my upbringing, my upbringing. Traditionally, I was always learnt…I’m a vegetarian, I was always learnt no cruelty towards anyone that’s got life in ‘em, so whether that’s human or animals. For me, that’s the case right. That’s why I never discriminate against anyone. I’m from Leicester, a very multicultural place, I was always exposed around [to] people of all races. And all I’ve learned was forgive and forget and love. That’s my motto in life and that’s what I grew up with. For me, being Asian, wherever you are, it’s all about love, and caring for another.
Babagar 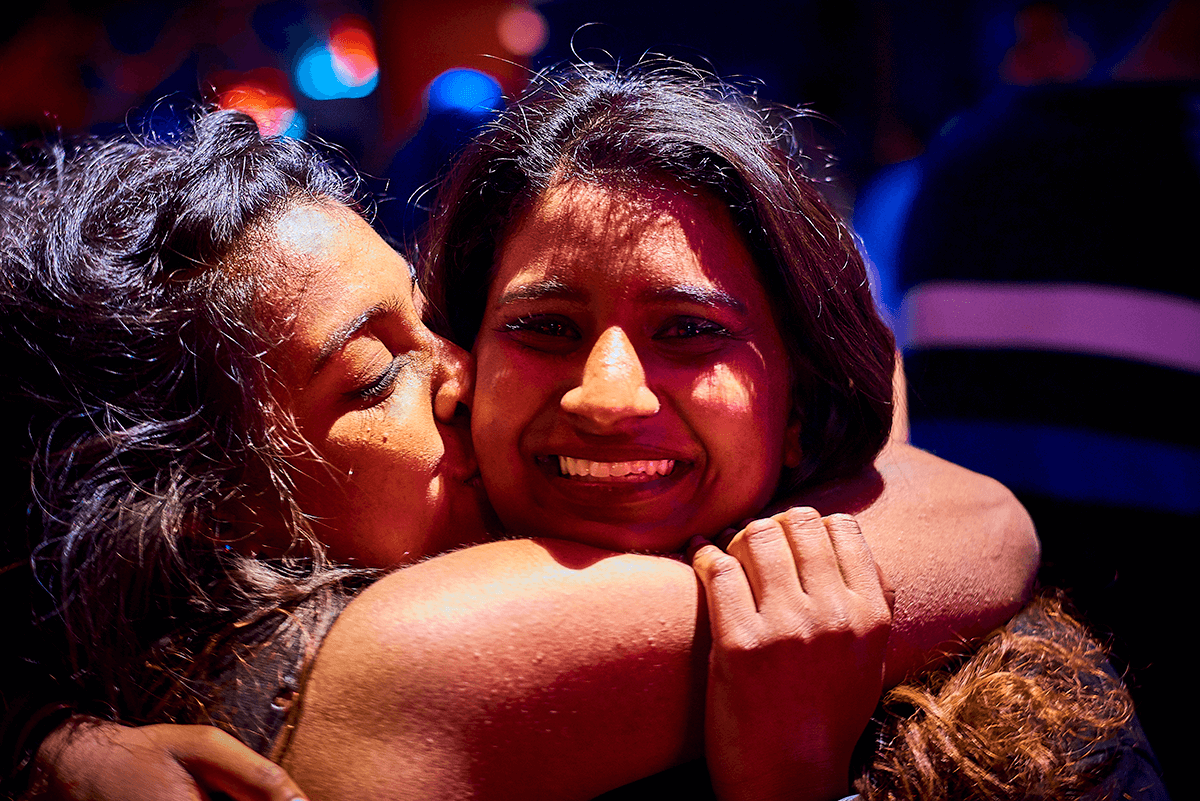 Moving to university, you kind of connect with people that remind you of home. The music, food, like things that remind you of home., it’s nice to be around that. Because you do miss home, you’re miles away from your own family, they just give you that aspect that you don’t really find with people that aren’t Asian. So it’s nice to have that when you’ve moved so far.
Katy

First day of Freshers, one of our friends had a flat party, and we all just kind of met there, got to know each other, and as the weeks and years go by, we’re all still together aren’t we. We’re all studying different courses. We just all get along. And we all like the same taste in music. We all like going to the same places, doing the same things. Just learning about each other as they days go on really.
Anger 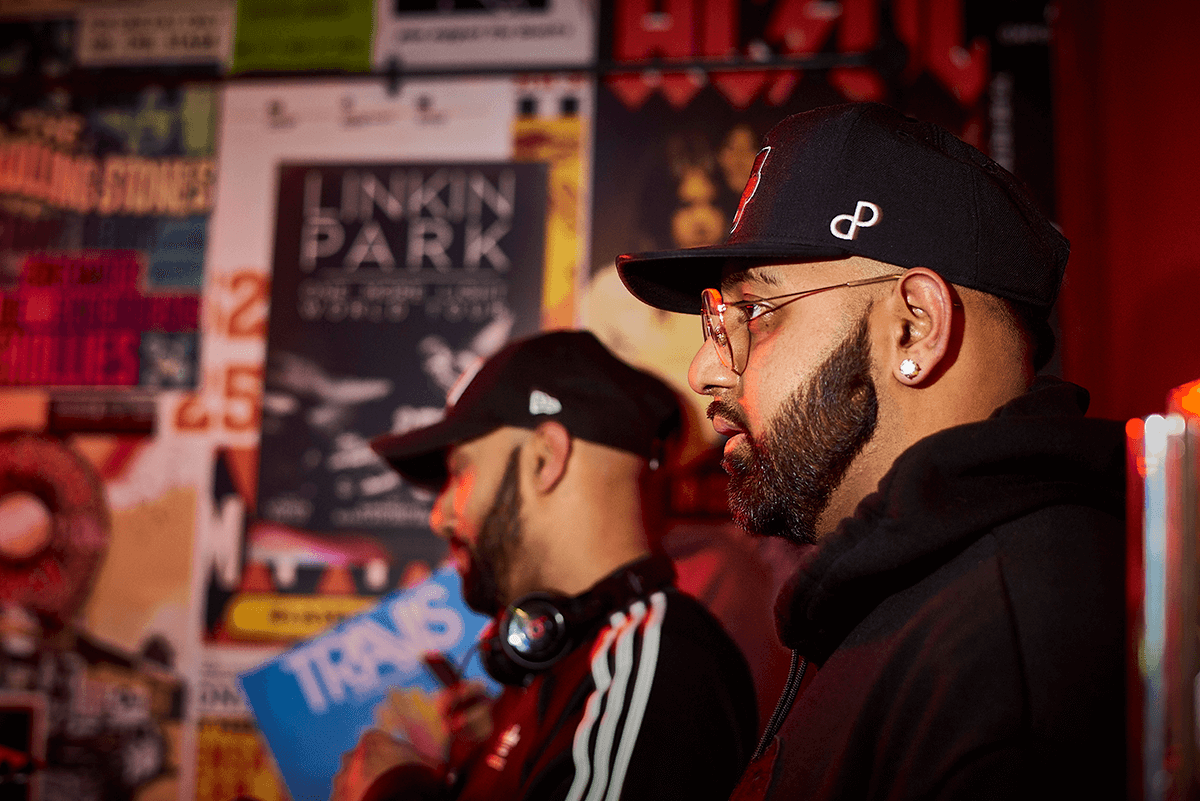 Why do you come to Gosta Mondays?

I just feel like when everyone’s drunk, and has like a good time being together, you just relate. Like, Liverpool and Manchester, there’s more white people, in Birmingham, there’s more Asian people. That’s how it is, that’s how life is. All of us stick together, cos we think, we’ve grown up like that, so obviously we’re going to stick together.
Naomi

I feel it’s like a lot of people similar to me. The music is amazing here. It’s a really good night, chilled, really good, relaxed. I do look forward to my Mondays cos I know it’s a night where I’m gonna enjoy my night, around with people I know, people I get on with, and have a good time.
Katy

I come here to this night as I don’t have Uni tomorrow [he laughs]. It’s a nice environment to be in. They play English music. They Indian Music. So more cultural, in terms of, no matter where you are, you can be yourself. When the Indian music comes on, I am myself, I jump and down. When the English music comes on, I’m the same, jump and down. Just being around my friends, being in the crowd, it’s why I come every week.
Mishy 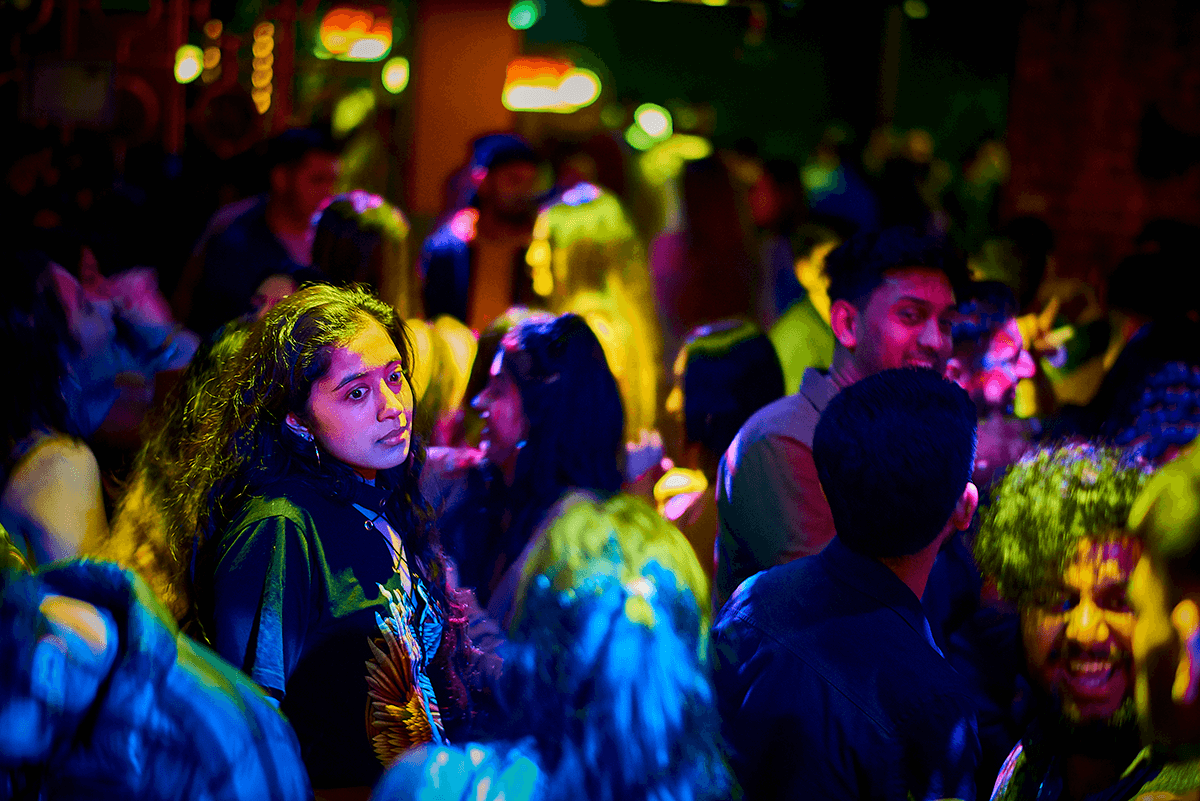